This was followed by developing the drawings into designs to be mono printed.

The embossing workshop was led Liz and followed a similar format, but began with the a demonstration of the principles of embossing and the use of the press.

A session of experimenting was followed by design development and some fine embossing resulted.

At the end of each workshop we reviewed all the work produced.

We hope to display some the work as part of an exhibition in the Kingfisher Shopping Centre we are having at the start of August.

Scour: The Hidden Landscape opened at Forge Mill Friday the 10th June and we had a well attended launch event on Saturday 11th.

The exhibition included two sculptures for the main space.

The exhibition includes videos and smaller sculptures. It is at the museum until the 3rd of July. The museum is open 11 to 4.30pm Mon to Fri and 11 – 4pm Sat and Sun. Forge Mill Needle Museum. B98 8HY

We spent a day spray painting needle images onto concrete pillars of the Parkway and Coventry Highway flyovers in the Arrow Valley. The images were taken from catalogues in the Forge Mill collection and are of 4 different types of needles. We used temporary chalk spray paint and the artwork will be there to coincide with the Scour art exhibition at Forge Mill, on until 3rd July. 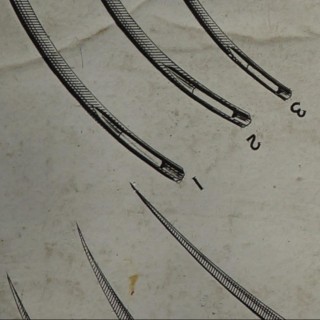